Wrong rotation of Endurance in Interstellar? 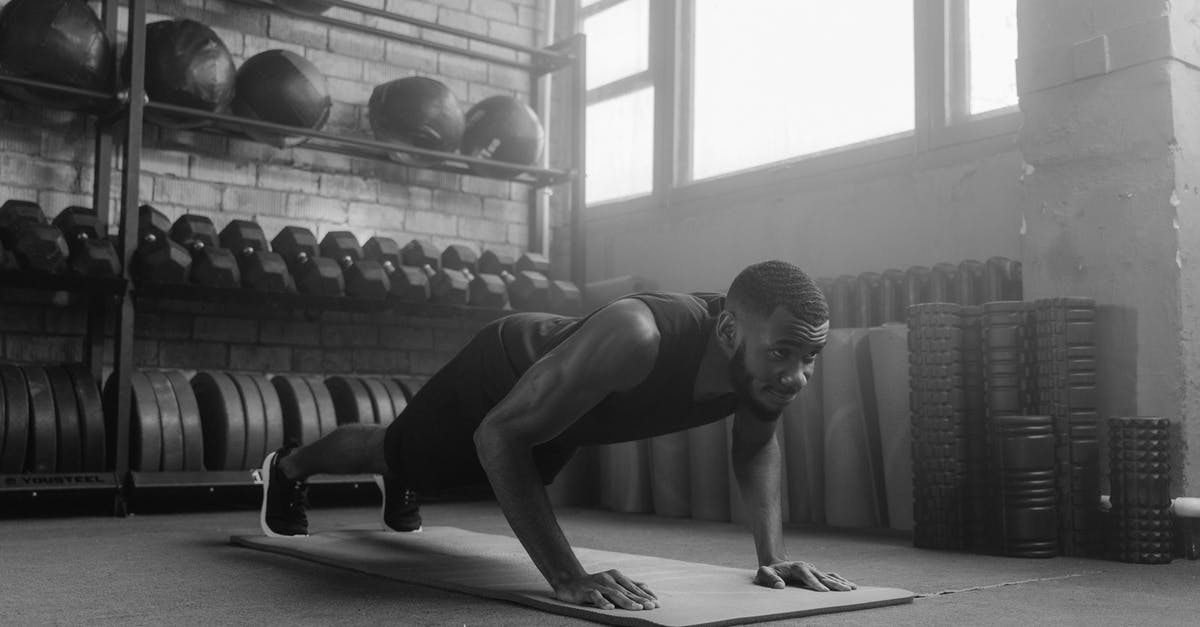 I don't know whether anybody mentioned that, but I found this little uncertainty in a scene:

After they cross the wormhole near the Saturn and arrive to the other side, they start a discussion where to go first of all. And in this scene there is a super short cut(like 2-3seconds, around 1hour:2minutes) in which we see Dr. Brand sitting near a window, and in the window we clearly see that the picture is moving from top to bottom, in a circular motion, which center is in the left side of the screen.

And here comes the question: if the Endurance rotates for creating artificial gravity, then shouldn't be the floor perpendicular to the radius of rotating circle?

They now sit parallel to the rotating circles radius.

Here is another picture that explains what I would expect 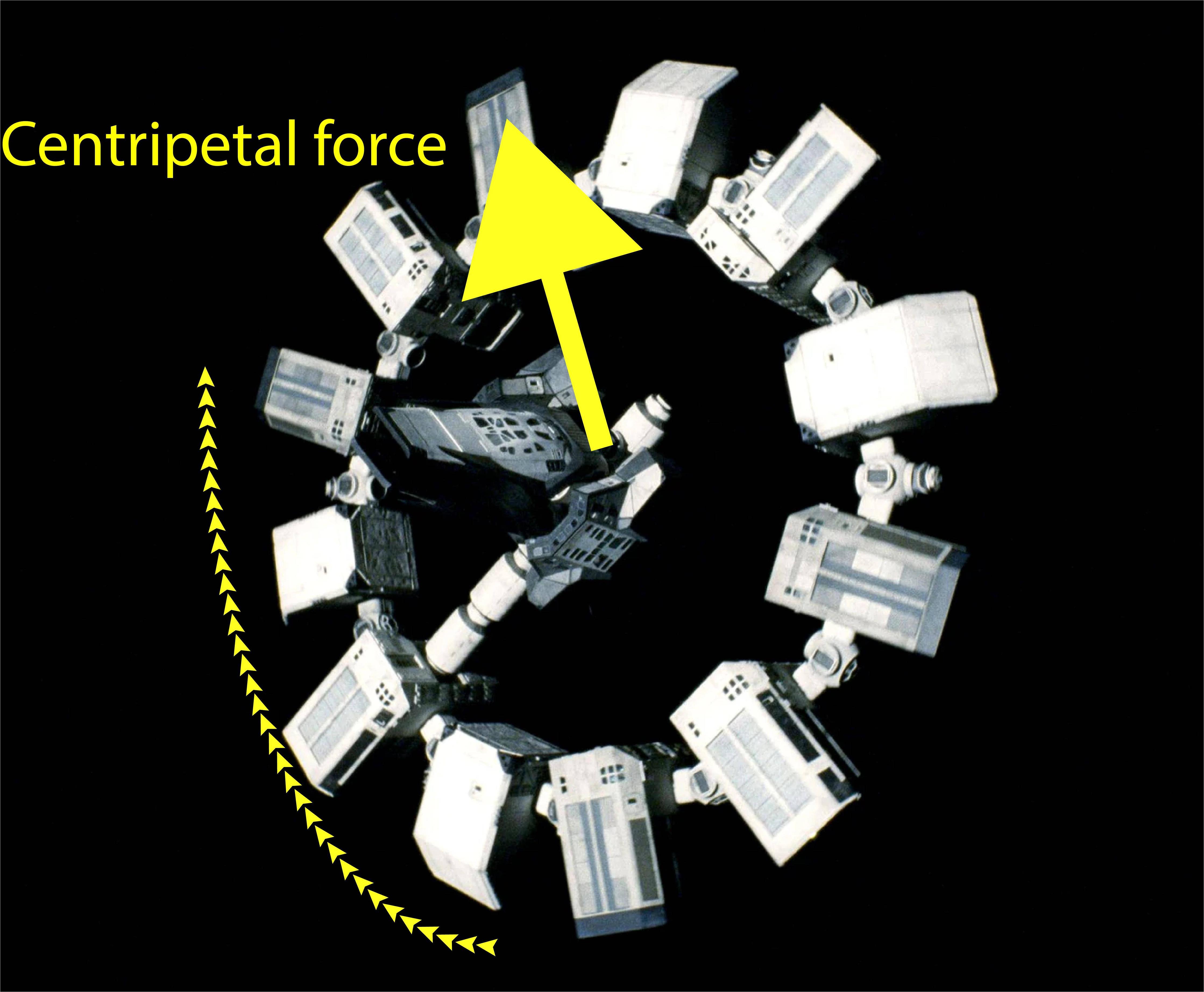 Its a cut mistake, or alright with this scene?

The point of spinning for artificial gravity is to use a perceived centrifugal force. The people would then be exactly between the floor and the axis of rotation.
This means that the axis of rotation would need to be "top center" in the image you linked, not to the left of Anne Hathaway (edit assuming they are located in the outer ring of the ship)

As was mentioned in the comment, your image denotes centrifugal (Latin: "fleeing from the center") force, not centripetal force (Latin: "pulled towards the center").
Centrifugal force is not a real force. It is the resulting output when you combine two different forces (that do exist):

i.e. If you ask the discus what's going on when the thrower is swinging it around, the discus will tell you that it feels like it's getting pushed away from the thrower.

Your image is wrong, but the idea behind your question is right.

1. They could be in the "cockpit" in your image.

2. Gravity could be simulated by acceleration rather than rotation

Looking again at the gif you linked, let's assume that the ship was stationary (not spinning), and then started to spin. This acceleration would simulate a gravitational pull, for as long as the ship keeps accelerating (= increasing the rotational speed).

Anne Hathaway's perceived simulated gravity, and the direction of rotation (assuming that it is accelerating) correspond with eachother. If you assume that the ship's rotation was accelerating at the time of this camera shot, then Anne would indeed be pulled towards the floor (similar to gravity).

However, for this to be used as the method for simulating gravity, that means the ship would continuously have to accelerate. Not only is that wasteful for fuel resources, it would also end up spinning at a massive speed (depending on the timespan, at least hundreds or thousands of RPMs).

This means you would run into structural issues, the ship tearing itself apart. The people in the outer ring would then also be experiencing an incredibly strong simulated gravity, many times more than that of Earth.

So this isn't possible on the long term. But if I'm being pedantic, and we assume that the people were in the cockpit, and the ship was only starting its gravity simulation (thus still accelerating), this scene could be somewhat plausible.

But again, you're most likely right

The pedantic points I bring up here are not meant to refute your claim. My intention was rather to showcase that the movie's creators could have thought that they were doing the right thing. Both of my pedantic arguments sound like they are viable at first, but they fall apart once you start to apply the theory in more detail.

So this could be a case of half-assed science, rather than just being blatantly wrong from the get-go (no-assed science, I guess). That should at least somewhat redeem the creators. But they've still made a mistake.


Pictures about "Wrong rotation of Endurance in Interstellar?" 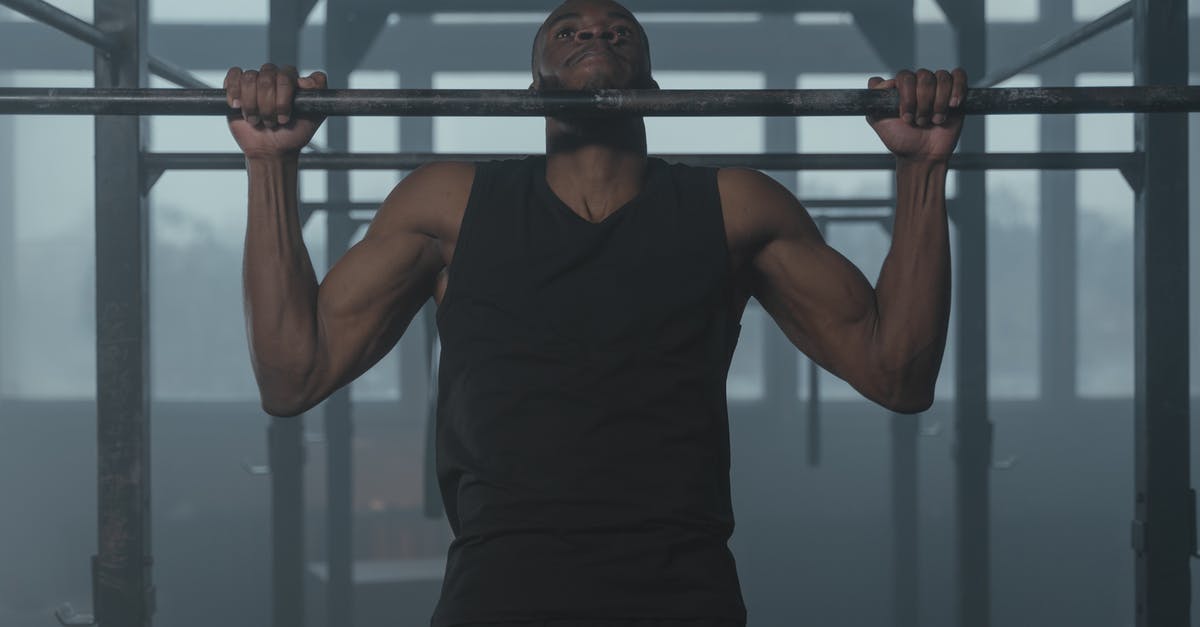 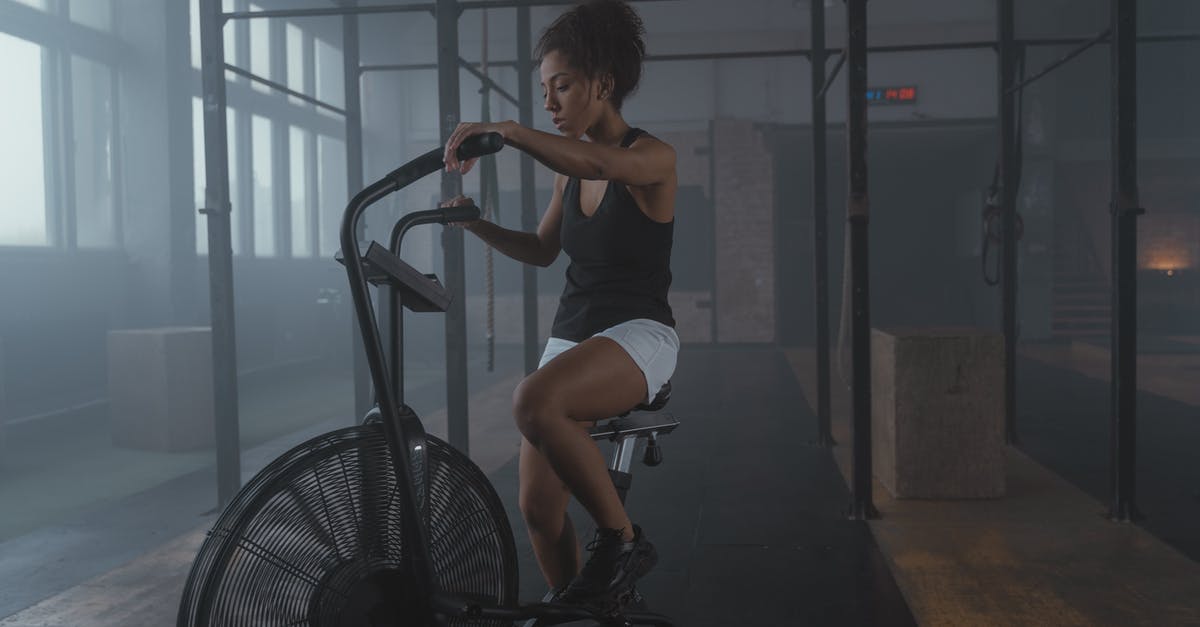 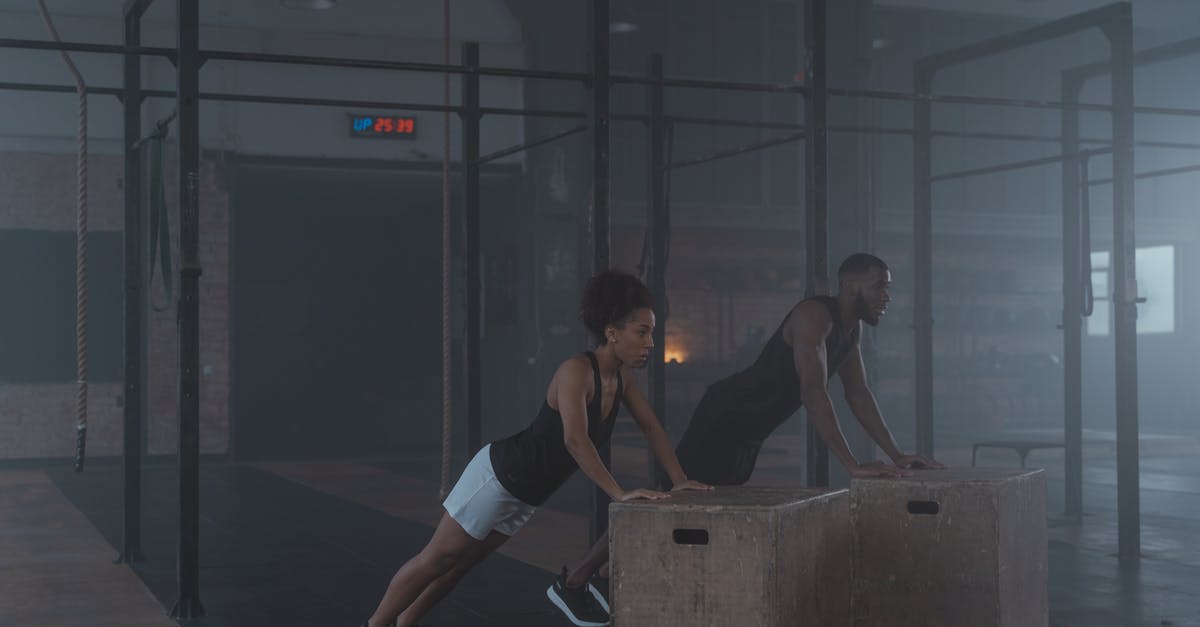 Why did the endurance spin in interstellar?

Endurance, meanwhile, is a wheel of 12 boxy modules with docking ports at the hub. The ship spins 5.6 times per minute to create Earth-style artificial gravity.

What is the spinning thing in interstellar?

The perplexing fact of the ship is the ring-like structure, which was advocated particularly to produce artificial gravity. This is all thanks to the Centrifugal reaction. It rotated at 5.5 revolutions per minute to produce a centrifugal force that simulates Earth's gravity for the astronauts.

How did Cooper know the quantum data is what Murph needed to solve the gravity equation?

Is there a paradox lurking in Interstellar? [duplicate]

How is possible in Interstellar to receive the coordinates in the falling sand from the future?

In Interstellar, why did NASA hold Coop away from his daughter when he first was brought into the NASA facility?

What role was Irrfan Khan supposed to play?

How come the scientist in the second planet is not super old?

How were Miller or Mann able to send information from their planet but Romilly couldn't send observations on the black hole?

What does this conversation about ghosts mean?

How did the information from the black hole do this? [duplicate]

How does Cooper get out of the black hole?

Why are there not any MRI machines available in Interstellar?

Why this way of making earth uninhabitable in Interstellar?

How were both Plan A and Plan B supposed to work together?