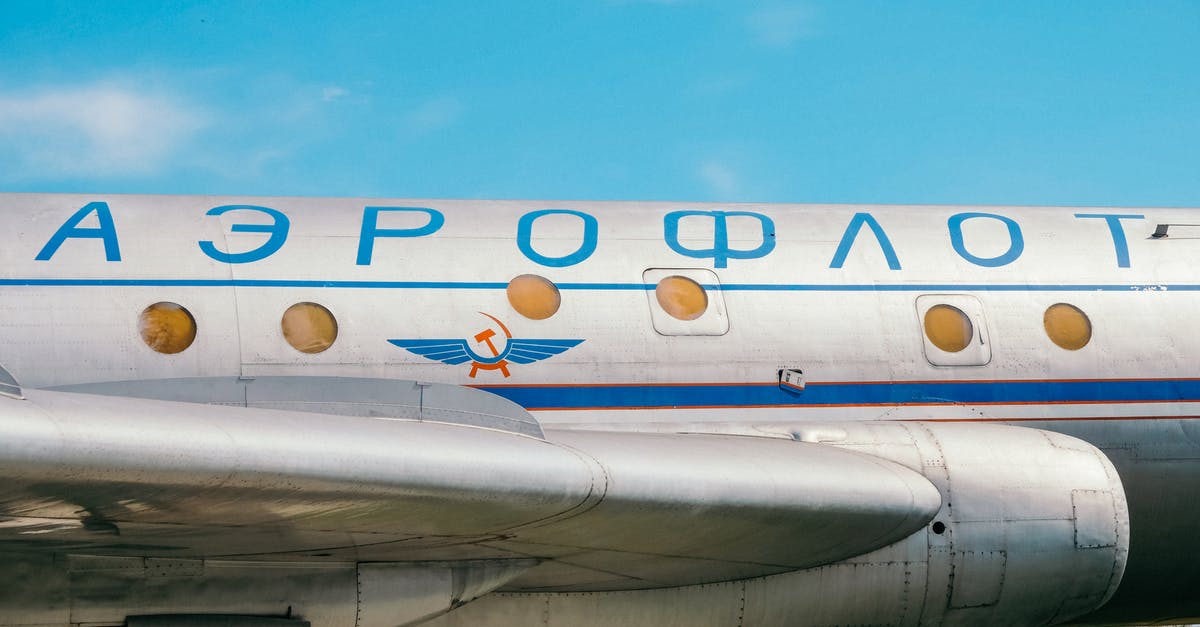 This MTV commercial seems to be filled with weird symbolism. Does anyone have the enough expertise to dissect the commercial and provide an interpretation for its different parts and symbols and the overall message being conveyed?

I'm putting below some screenshots as (an attempt of) a summary, and also to help locate the commercial in case the video gets taken down. 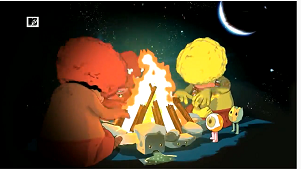 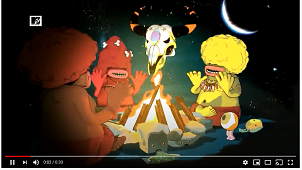 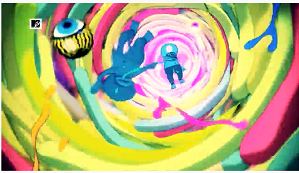 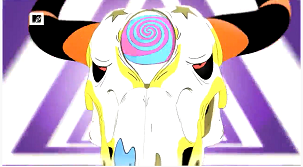 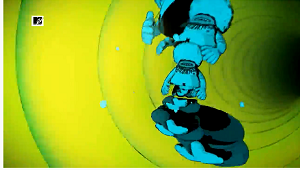 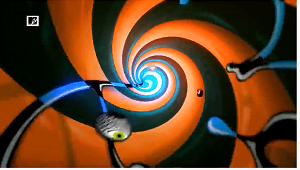 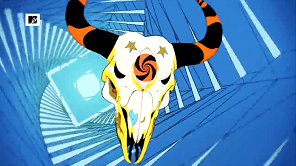 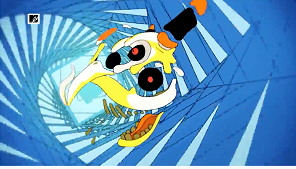 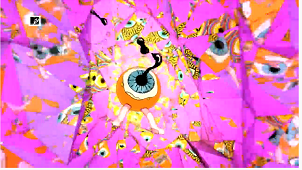 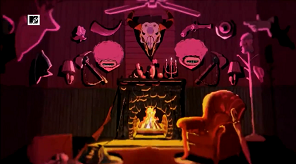 This is an example of a psychedelic art.

There is a great article abouy the psychedelic symbolism:

Psychedelic art typically contains a number of recurring motifs. Examples include circles, spirals, eyes, concentric shapes, grids, landscapes, nudity, long hair, skeletons and mushrooms. Other common motifs are various kinds of non-human animals, vegetation, space scenery and mandalas.[..]Furthermore, psychedelic art is usually – but not always – characterised by intense, contrasting colours. There may also be a liquid quality to objects, where it looks as if they are melting.

One of the recurring motif is the eye: 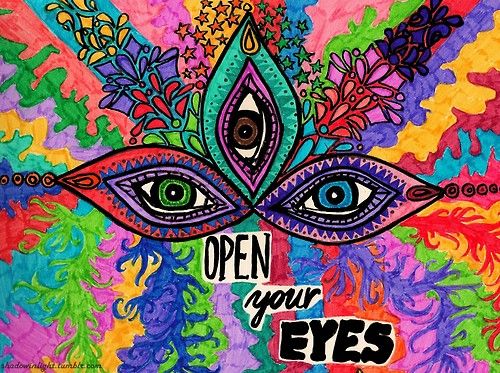 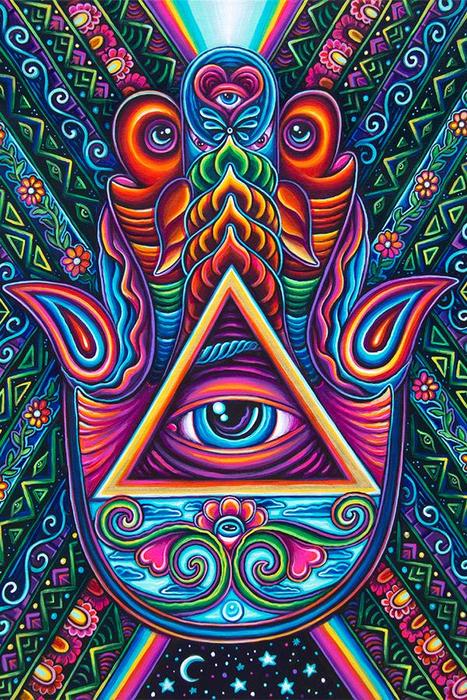 The images created under the influence of psychedelic substances are caused by "ego-death": temporary loss of subjective self-identity. It is worth to note, that this state is similar with forms of enlightenment in some religions.

Interpreting the symbols in the psychedelic art is difficult, because the same symbol can have multiple meaning - for example, the previously mentioned eye can symbolize enlightenment, eye of God, third eye of Buddha (which itself is a symbol for a spiritual awareness), eternity etc. Skulls and skeletons might represent death and decay, circle - infinity, timelessness or oneself etc, a spiral - energy or creative force, loose hair - freedom. It is worth to note, that this form of art is usually very colorful, since the psychoactive substances alter the perceptions of colors. I highly recommend reading the linked article for more information.

Now, back to the commercial: we have people sitting in front of a fire, until a spirit (?) in the form of an animal (cow? bison?) skull, shows up that takes them on a psychedelic trip - this is quite common in certain cultures, which use psychoactive plants and mushrooms like peyote, psilocybin mushrooms or ayahuasca. The final part of the commercial shows the same skull now sitting quietly on a wall in a house - this probably means, that whoever lives there now, might not expect that he has a "holy" object used as a decoration (I guess this supposed to mean that such mundane object as TV might contain such "amazing" thing as MTV)

If you want to find the meaning of every single symbol, I can recommend the Illustrated Encyclopedia of Traditional Symbols 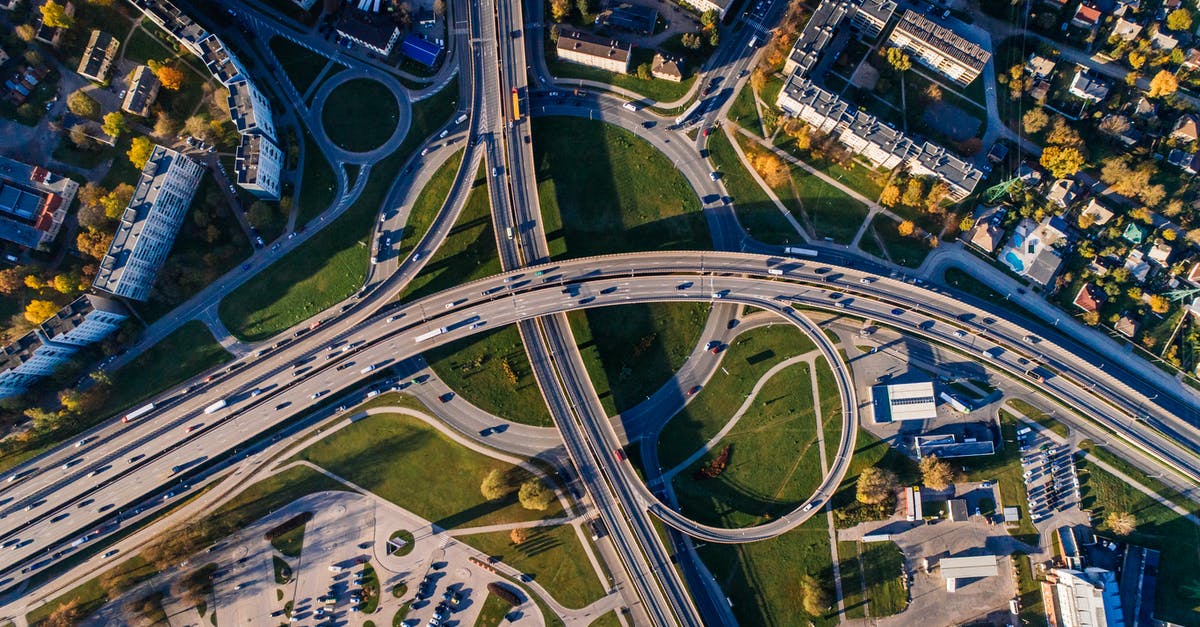 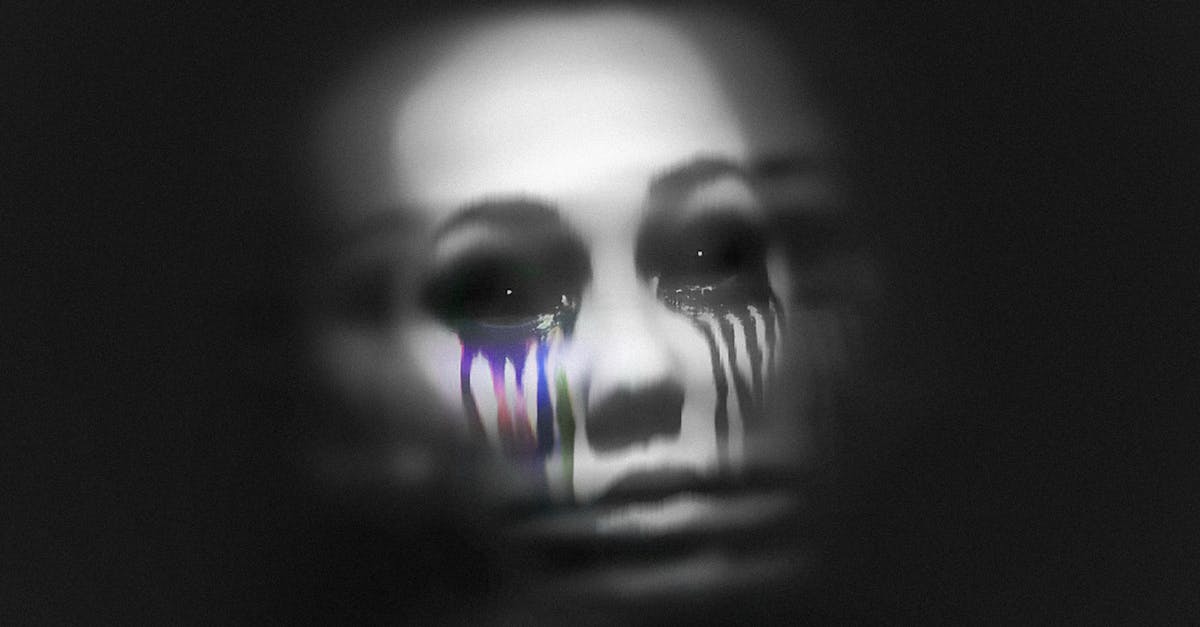 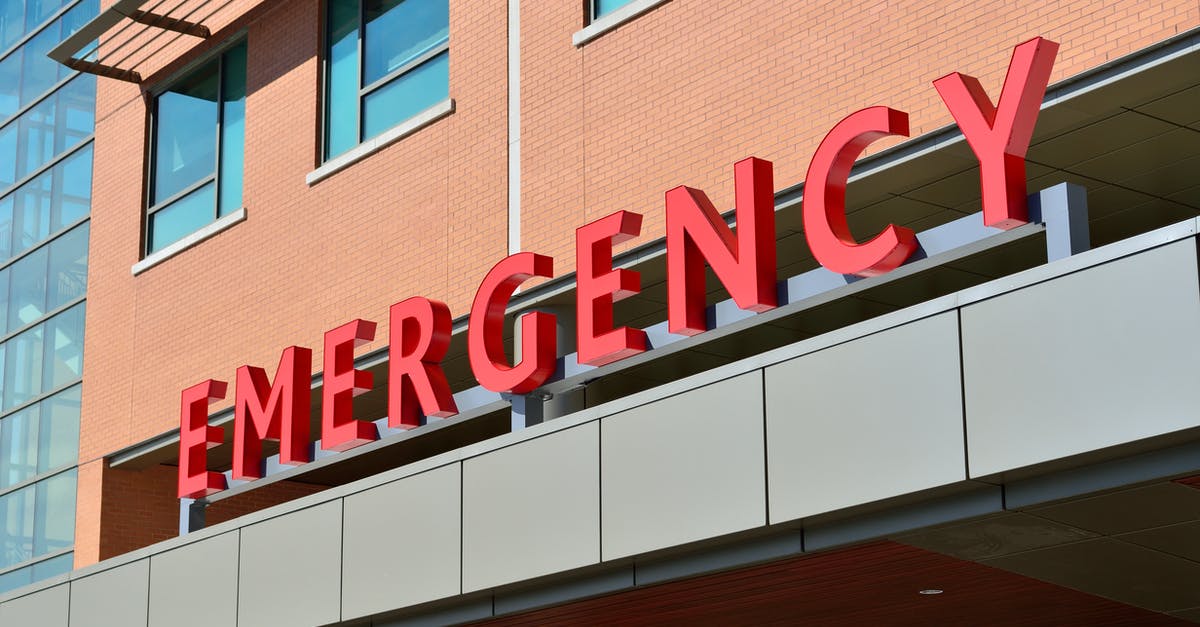